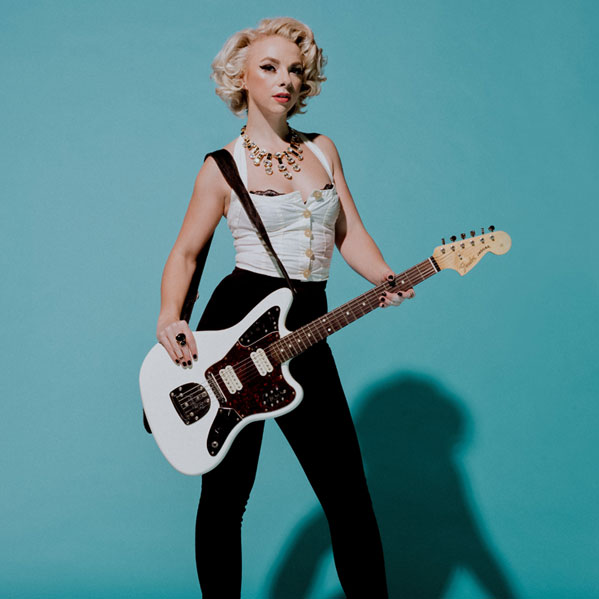 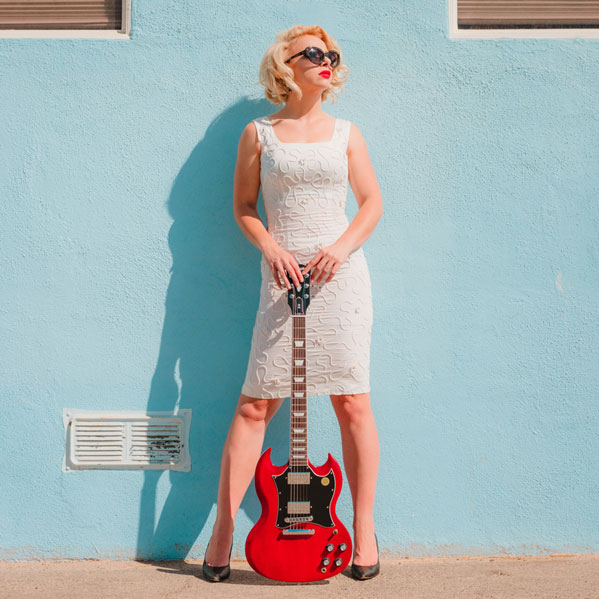 After launching her recording career in 2009, Samantha Fish quickly established herself as a rising star in the contemporary blues world. Since then, the charismatic young singer-guitarist-songwriter has earned a reputation as a rising guitar hero and powerful live performer, while releasing a series of acclaimed albums that have shown her restless creative spirit consistently taking her in new and exciting musical directions.

The New York Times called Fish “an impressive blues guitarist who sings with sweet power” and “one of the genre’s most promising young talents.” Her hometown paper The Kansas City Star noted, “Samantha Fish has kicked down the door of the patriarchal blues club” and observed that the young artist “displays more imagination and creativity than some blues veterans exhibit over the course of their careers.”

Having already made it clear that she’s more interested in following her heart than she is in repeating past triumphs, Samantha Fish delivered some of her most compelling music to date with Belle of the West, her fifth studio album. The deeply soulful, personally charged 11-song set showcases Fish’s sublime acoustic guitar skills as well as her rootsy, emotionally resonant song writing.

Belle of the West followed on the heels of Fish’s March 2017 release Chills & Fever, which achieved top 10 status in the Billboard Blues charts. Here she expanded her stylistic arsenal to take on a set of lesser-known vintage R&B gems, with help from members of garage-soul stalwarts the Detroit Cobras. “Having these two very different records come out back to back that year has been really liberating,” says Samantha.

The creative drive that fuels Belle of the West and Chills & Fever has been a crucial element of Samantha Fish’s approach from the beginning. Growing up in a musical family in Kansas City, Missouri, she became obsessed with music early life, taking up drums before switching to guitar at the age of 15. By the time she was 20, she had formed her own trio and self-released her first album. She soon caught the ear of the renowned blues label Ruf Records, which in 2011 released Girls with Guitars, which teamed her with fellow axewomen Cassie Taylor and Dani Wilde. The same year saw Ruf release Fish’s solo studio debut Runaway. The album was named Best Artist Debut at the 2012 Blues Music Awards in Memphis.

Fish continues to maintain the same hardworking, prolific approach that’s carried her this far. “I think I’ve always had that,” she says. “Music is my life, so what other choice do I have but to go out and make music? We do tour quite a bit, and maybe it’s kind of crazy to put out two dramatically different albums in one year. But I like to work hard. This is who I am, and this is what I do, and when I’m writing and recording and touring is when I feel the most like myself. And now we have a moment where people are paying attention, so I have to make the most of it. I feel like I have a lot to say right now, so why not say it?”

As far as Samantha Fish is concerned, her musical future is an open road. “I’m never gonna be a traditional blues artist, because that’s not who I am,” she asserts. “But it’s all the blues for me. When Muddy Waters and Howlin’ Wolf came out, what they were doing didn’t sound like anything that had been done in blues before. You’ve gotta keep that kind of fire and spirit. I’m never gonna do Muddy Waters better than Muddy Waters, so I have to be who I am and find my best voice. Her new studio album Kill Or Be Kind released September 2019 by Rounder Records.