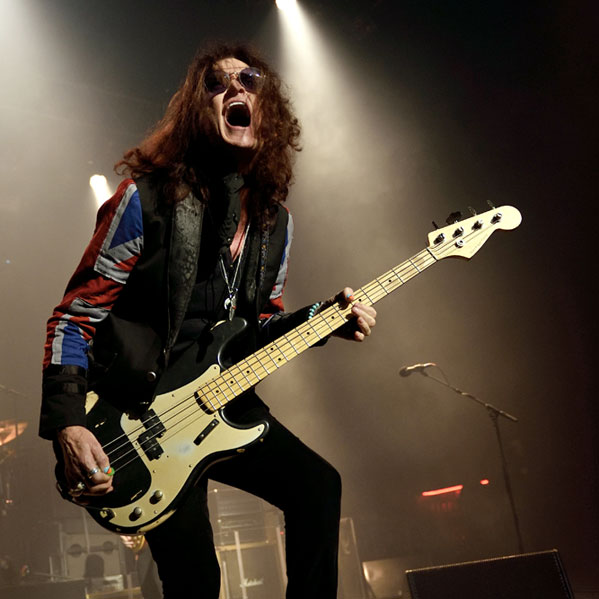 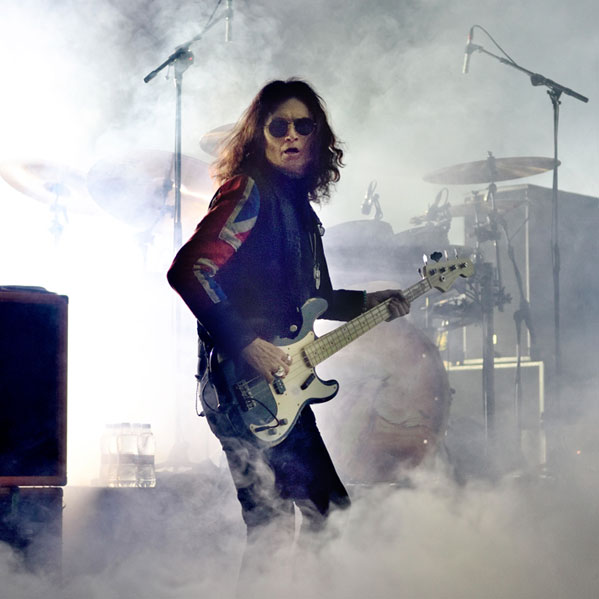 Glenn Hughes is an inductee into the Rock and Roll Hall of Fame as part of the MK 3 line up of Deep Purple. He spent the formative years of his career as the beloved bassist and vocalist of the group, and performed on the classic albums Burn (1974), Stormbringer (1974) and Come Taste The Band (1975).
The vocalist/bass guitarist/songwriter is a true original. No other rock musician has carved such a distinctive style blending the finest elements of hard rock, soul and funk. Stevie Wonder once called Hughes his favorite white singer. The first important band Hughes was a member of that achieved notable success was Trapeze. In 1973, Hughes joined Deep Purple. The trailblazing hard-rock legends had just weathered the departure of vocalist Ian Gillan and bass guitarist Roger Glover, but guitarist Ritchie Blackmore, keyboardist Jon Lord and drummer Ian Paice continued with the addition of Hughes and David Coverdale.
Since 1992, Hughes has toured extensively in Europe, Japan and South America in support of solo albums, but more recently has been involved with award -winning supergroup Black Country Communion with guitarist Joe Bonamassa, keyboardist Derek Sherinian (Dream Theater) and drummer Jason Bonham, son of the late Led Zeppelin legend John Bonham.
In 2016 he released his critically acclaimed solo album “RESONATE” featuring the rock radio hit “Heavy”, and in 2017 he released Black Country Communion’s fourth studio album “BCCIV” to ecstatic reviews.